Our four houses celebrate iconic figures both from our past,

and our present. The four houses at Chislehurst School for Girls provide our students with a sense of belonging and community as well as encouraging some healthy competition.

Our four houses are:

Maya Angelou is the author of the seminal autobiography ‘I Know Why The Caged Bird Sings’ and civil rights activist She was respected as a spokesperson for Black people, women and the LGBTQ community. Her works have been considered a defence of Black culture. Her works are widely used in schools and universities worldwide, although attempts have been made to ban her books from some US libraries. Her books centre on themes including racism, identity, family and travel. 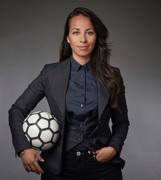 Evelina Cabrera was born into a context of vulnerability, but that did not prevent her from becoming a football coach and manager. She founded the Argentinian Women's Football Association at the age of 27.  She formed several teams (among them a football team for blind women), trained prisoners and helped vulnerable women and girls through sport and education. One of the first female football managers in Argentina, she has published an autobiography which details her fight for equality.

Malala Yousafzai survived a Taliban assassination attempt as retaliation for her activism for girls’ education and went on to be the youngest recipient of theâ¯Nobel Peace Prize. Following her recovery, Malala became a prominent activist for theâ¯right to education. Based inâ¯Birmingham, she co-founded theâ¯Malala Fund, a non-profit organisation which invests in education in driving solutions to barriers to girls’ education in their communities.

Your browser is out-of-date!

Update your browser to view this website correctly. Update my browser now